I used to read, a lot.  And this isn’t a before kid vs after kid thing.  I used to read a lot because I didn’t grow up with a TV in my bedroom.  Our family computer was in the unfinished basement of our 200 year old home, so it wasn’t high on the entertainment list (except for AOL in high school- different story but a sad one as our time was limited due to the computer hogging up the phone line).

No cell phone, no iPad, a family TV with maybe 80 channels?

Find a book.  Get a magazine.

In January I decided to get away from new media for a bit and go back to basics.  I didn’t subscribe to the newspaper because our local paper has turned into a Gannett rip and read, and I’m not in love with a lot of the writers on staff at The Philadelphia Inquirer.  I did pick up two magazine subscriptions (Real Simple and Shape, don’t judge, I am 35 after all).  I said I wasn’t going to look at my phone in bed.

Come January 2, I was back at it.  Someone would text me.  I’d email them back.  They’d Facebook message me.  Maybe I would gChat them.  At the end of the day our conversation looked like one of those puzzles where you have to put the story together without context.

As for my phone?  Yeah, figured out I could download the Netflix app there, so I’d “head up to bed because I was tired” and watch four episodes of a garbage high school teen angst show that I’d rather not mention (unless you watched it too, then we can talk).

I can’t get enough media, in any form.  At the end of the evening, when everything is packed and prepped and ready for the next day, I sit down and pick up my phone.   I scroll through Instagram, peruse Facebook, and then often hop to Twitter.  Sometimes Pinterest, sometimes Reddit.

Those magazines were never touched.  I don’t even know if I got Shape or Self, now that I think about it.

As I write this (on my phone, which is where I write almost all my blogs), I’m going to put my phone down.  I’m going to try to read my magazine.  But I know I will pick up my phone to take a picture of a recipe I want to try or a textured wallpaper that is interesting.  I’ll probably check my email five or six times before bed.  Is everyone else like this, or am I over the edge of stimulation?

I’m going to make it through one article tonight.  But if you’d like to answer the question above, you can tweet, text, FB message, or send me a snap.  I’ll be sure to get back to you, well, ASAP. 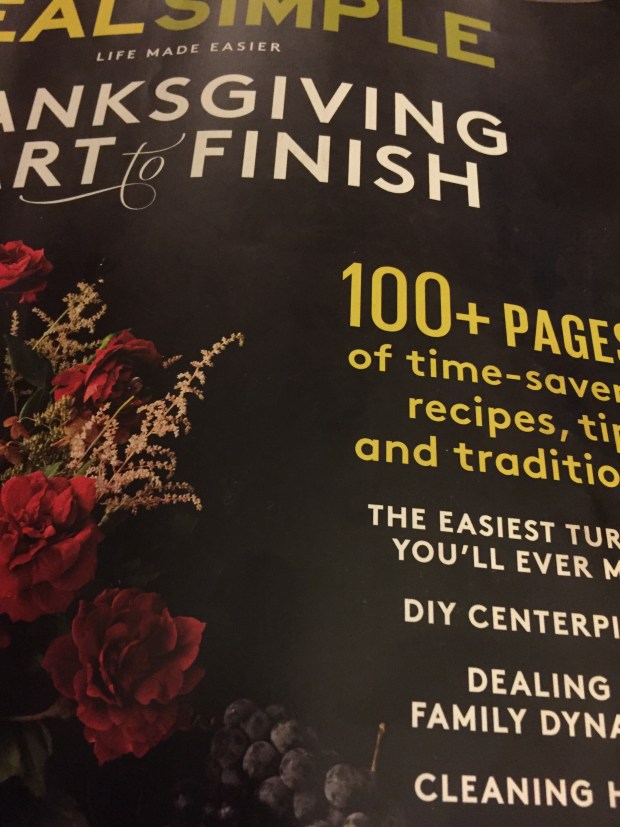